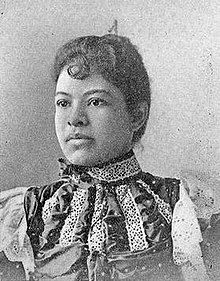 Ida Gray (Nelson Rollins), first African-American dentist in the United States, was born in Tennessee in 1867. Her single mom moved to Cincinnati when she was three where she attended segregated public schools.

She found work at Jonathan Taft dental offices where she was tutored and studied the dental trade. Dr Taft encouraged her to take the entrance exam at the University of Michigan’s School of Dentistry. In 1887 she was admitted and upon graduation, she started her practice in Cincinnati where she became the first black woman dentist.

She moved her practice to Chicago in 1895 after marrying James Nelson. Her practice served both black and white patients but was she known for her gentleness with children. She was vice president of the Professional Women’s Club of Chicago and part of the Phyllis Wheatley Club, a group that maintained the only black women’s shelter in Chicago.

She was married twice with both husbands predeceasing her death in 1953 at age 86.