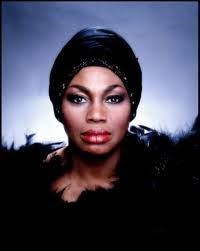 Leontyne Price, who will be 94 on February 10, 2021, is one of America’s most beloved opera divas. She was the first African American soprano to have a major career at the Metropolitan Opera with 21 seasons at the Met, 201 performances, 16 roles in house and on tour. She has given master classes at Juilliard and other renowned schools.

In 1997 she wrote the children’s book version of Aida which became the basis for the Broadway musical by Elton John and Time Rice in 2000. Born Mary Violet Leontyne Price in Mississippi, by three she began piano lessons and by five, she became a regular at her church and other events. By the early 1950s she was touring the world and was often on television and during the mid-50s she toured Europe under the auspices of the U.S. State Department and on May 3, 1957, she sang her first public performance of Aida at a May Festival program in Ann Arbor Michigan in of what became her signature role.

She has been the performer for presidents, singing for Presidents Lyndon B Johnson’s funeral, President Jimmy Carter’s visit with Pope John Paul II, and at events for Presidents Reagan, George H Bush and Clinton.

Personal note from Linda: She was the first opera singer I heard live in the late 1960s when she was on tour in Detroit. I went backstage and got her signature on the playbill.

Enjoy the YouTube link of her singing Verdi from the Bell Telephone Hour circa 1960s.