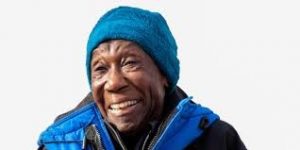 Officially, in Lucas County Ohio, we got 12 inches of snow overnight. Looking for a hero to discuss that liked snow, meet Barbara Hillary.

Five years later, at 79, she became the first African American woman on record to stand on the South Pole, January 6, 2011! This from a survivor of both lung cancer and breast cancer.

Barbara Hillary was born in New York City, her father died when she was two years old although she was raised in poverty, she said “there was no such thing as mental poverty in our home” as she was an avid reader. She went to public schools and attended the New School in NYC majoring in gerontology getting both a Bachelor of Arts and a mater’s degree.  She practiced nursing for 55 years. Always an activist, she founded and was chief editor of The Peninsula Magazine and publication dedicated to the Arverne Rockaway, New York Communities.

When she reached the North Pole, she said: “I have never experienced such sheer joy and excitement,” Hillary told the New Yorker’s Lauren Collins shortly after her record-breaking trip. “I was screaming, jumping up and down, for the first few minutes.”

She got the idea after retiring and instead of going to warmer climates she went dog-sledding in Quebec and photographing polar bears in Manitoba. She learned along the way, that no black woman had done both poles.  To prepare she took vitamins, became expert at working out and the treadmill and oh yes, she learned to ski while raising $25,000 to do the trip. Seeing the affects of climate change at both poles led her to become an activist. Her last trip, the same year she died was the to Outer Mongolia. 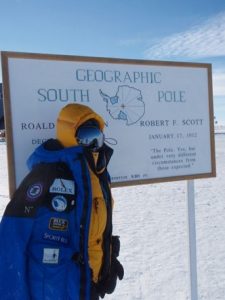 BarbaraHillary.com At the South Pole