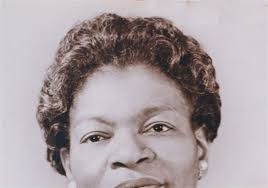 She raised 12 children with her husband Walter, but considered all the neighborhood children her own. As a volunteer with the Model Cities Neighborhood Residents association, she was disturbed by the lack of available health care for the disadvantaged. After years of effort, the Cordelia Martin Health Care Center opened in 1971 on Nebraska Ave. The center is one of 10 sites (including the Mildred Bayer Clinic for the Homeless) administered by the Neighborhood Health Association. Primarily serving low to moderate income, uninsured and underinsured people, the center includes doctors’ offices, dental care, a lab, pharmacy, the federal WIC program, and social service education and referrals.

Martin received a degree from the University of Toledo and worked for eighteen years as a social worker for Planned Parenthood. She was active in the NAACP and the Frederick Douglas Community Center.

In 2001, she was inducted into the Toledo Civic Hall of Fame and her plaque is on the third Floor of the Toledo Library