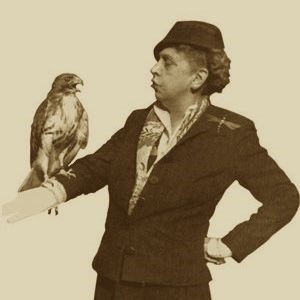 Rosalie Edge (1877-1965)  born Mabel Rosalie Barrow in New York City a wealthy socialite became a dedicated suffragist and after the passage of the 19th amendment, she joined other bird watchers in Central Park and found a new cause that became her life’s work.  When reading about the wholesale killing of 70,000 bald eagles in the Alaskan territory, she became a conservation activist and later took on the National Audubon Society. In 1934 she ended the slaughter of hawks and eagles on a ridge in the Appalachian Mountains in Pennsylvania by buying the property and turning it into a sanctuary that still exits today https://www.hawkmountain.org/ .

She influenced the founders of the Wilderness Society, The Nature Conservancy and the Environmental Defense Fund. In the 1960s, Hawk Mountain Sanctuary provided the author and scientist, Rachel Carson, with the migration data that enabled her to link the decline in the juvenile raptor population to DDT for her book, Silent Spring. She led national grassroots campaigns to create Olympic National Park and Kings Canyon National Park. In 1940 she lobbied Congress to purchase 8,000 acres of old growth sugar pines on the perimeter of Yosemite destined for logging.

Ms Edge was one of the first people to sound the alarm that “it was every person’s civic duty to protect nature.” In the past, conservation was only about preserving species that had quantifiable economic value. Projecting all species was a dramatic shift as little knowledge existed that quantified the value of even the smallest species in the world.

In 1948, the New Yorker described her as “the only honest, unselfish, indomitable hellcat in the history of conservation” (New Yorker, April 17, 1948). 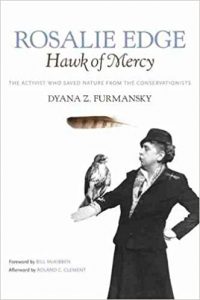